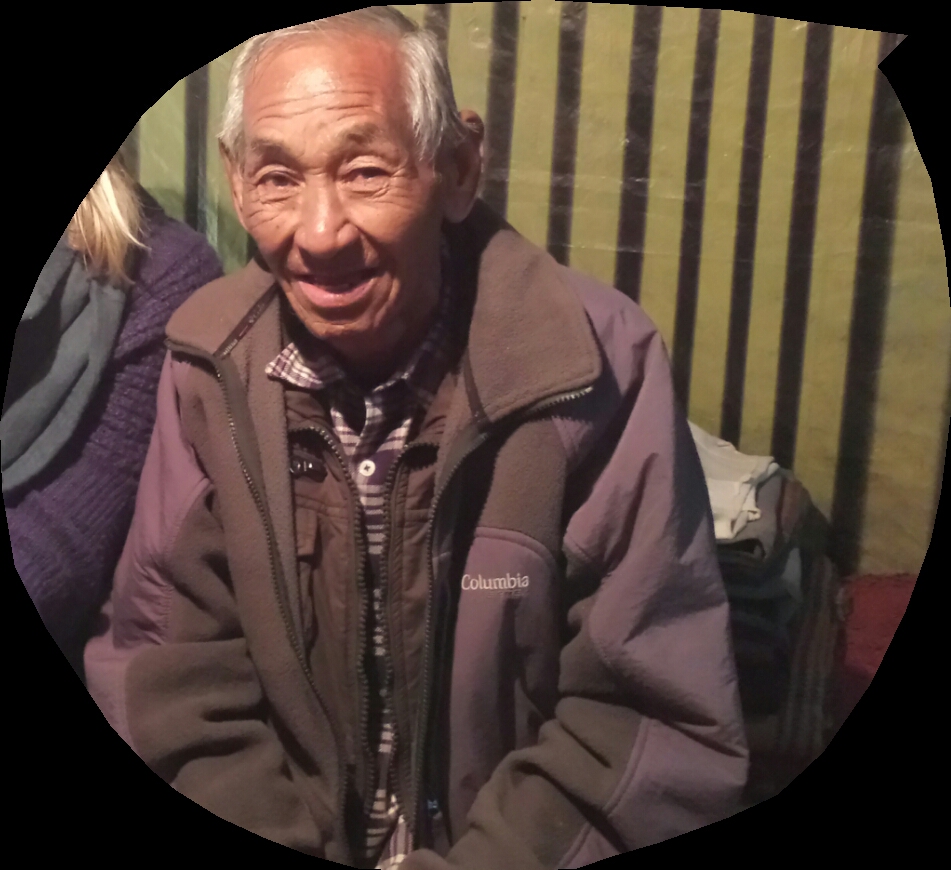 Interview with Phuntsok Tsering, approximately 78 years old (many Tibetans do not know their exact DOB).

I came to India before 1959 – the year the Dalai Lama left Tibet and fled to India. In Tibet, I lived in Lhasa, the main city of Tibet. When I was there I was only a boy, but that time there were not many Chinese in the city.  However, the day I arrived in India I heard the news that Tibet got attacked by China – exactly on that day.

When I was around 14 years my parents both died. By that time two of my elder brothers were already in India. There was a lot of trade going on between India and Tibet, so many Tibetans lived and worked in India. After my parents passed away, my brothers decided to  send me to India – me and my younger brother. So me and my brother walked all the way to India crossing the mountains (Himalayas) – there were no vehicles at that time, and if there were we did not have the money to pay for it.

I never went to school – neither in Tibet – nor in India. We were very poor and we just could not afford to pay for education. We had big money problems.

In India my brothers worked as tailors and this is how we paid for our bills. When I was older they taught me how to become a tailor and then I worked as a tailor too. But now they are all dead. Even my younger brother – everyone is dead now.

In 1964 I joined the military. The Tibetan military. In 1965 I went to the northeast of India, to Sikkim and I stayed and worked for the military for 10 years. (Special Frontier Force is a paramilitary special force of India comprising of Tibetan refugees which was created in 1962. Though it was raised to fight the Chinese army in Tibet, it has fought in several theatres of war except that one). But then I got a health problem so I had to resign. Afterwards I came to Dharamsala, because my older brother lived here. We lived together for 15 years and then my elder brother died. Now I am here alone.

I never married or had children – we did not have enough money and many people who joined the army did not have the chance to marry. But my brother married and had children – 2 boys. My brother’s children went to TCV (Tibetan Children’s Village -founded in 1964 by Jetsun Pema, the Dalai Lama’s sister, is an integrated community in exile for the care and education of orphans, destitutes and refugee children from Tibet) and when they were still very young they were being sent to Switzerland (due to the desperate situation of many Tibetans who fled to India, numerous children were being sent to foster homes in Switzerland). But I have never heard from them again and I believe they do not even know that I still exist. So I am all alone here – the only one left.

I would like to go back to Tibet one day, but it is very difficult for many reasons. For me, I don’t even clearly remember the place where I grew up and there have been so many changes. My other brother also has a daughter in Tibet, but I don’t know where she is and what she is doing.

Now, I am quite happy. I look after my neighbour’s children and I often go to the temple  to pray. Life is going like this.

Phuntsok Tsering now lives in a village close to Mcleod Ganj – the home of the Dalai Lama) in a room – a better description would be a dungeon. The room is dark (no windows), cold, moist and has no bathroom. To use the toilet he has to go to the forest or use public facilities (Indian standards). He has to pay around 3 EUR rent per month. Not a lot, we might think. But for someone who has nothing, it is still a fair amount of money. Made me think how much we can change with even a small contribution. I got to know Phuntsok Tsering via the Tibet Charity ‘Adopt a Grandparent’ programme.